The horrific terror attacks in Brussels, Belgium on March 22, 2016 are going to reverberate in our memories for years to come, and perhaps that was the intention.

Terror attacks are designed to create fear and to get attention, and these attacks have definitely done both.  On Tuesday morning, two huge explosions ripped through Zaventem Airport in Brussels as travelers were getting ready to board their morning flights.  You can view some raw footage of one of the bomb blasts right here.  Just a short while later, another huge explosion was reported at a metro station just yards away from the European Commission headquarters.  At this point, CNN says that at least 30 people have died and about 230 people are wounded as a result of these bombings.  But what was the real motive for these attacks?  The following are 7 strange questions about the Brussels terror attacks that the mainstream media is not asking…

#1 Why would Brussels be such a prime target for terror attacks?

Most Americans don’t understand how important the city of Brussels is.  For one thing, it is the headquarters of the NATO alliance, and defense ministers from 49 different nations met there last month to discuss a potential ground invasion of Syria.

Secondly, it is also the unofficial capital of the European Union.  The following comes from Wikipedia…

Over the years Brussels has become a key symbol for European integration, so if you wanted to conduct an attack that the entire European Union would feel, Brussels would be a good choice.  And many European leaders are already coming out and declaring that the attack on Brussels was an attack on Europe as a whole…

French President Francois Hollande said Tuesday’s attacks in Brussels that killed at least 26 people struck at “the whole of Europe”.

“Through the attacks in Brussels, the whole of Europe has been hit,” Hollande said in a statement, urging the continent to take “vital steps in the face of the seriousness of the threat”.

French Prime Minister Manuel Valls said: “We are at war. Over the past few months in Europe, we have endured several acts of war.”

#2 Was Donald Trump right about Brussels?

During an interview with Fox Business Network anchor Maria Bartiromo earlier this year, Donald Trump specifically pointed to Brussels as an example of what he wanted to avoid in this country…

The Republican presidential front-runner said Brussels, the capital of Belgium, had been particularly transformed. Belgium has been home to a number of recent terror plots, and was linked to the November attack on Paris, France, that left 130 people dead.

“You go to Brussels — I was in Brussels a long time ago, 20 years ago, so beautiful, everything is so beautiful — it’s like living in a hellhole right now,” Trump continued. “You go to these different places. There is something going on.”

#3 Why are there some Islamic ghettos in Brussels that are considered to be “off-limits” for non-Muslims?

Of course this is not just true in Brussels.  All over Europe there are sections of major cities that have been completely and totally taken over by radical Muslims.  In Belgium, the rapid growth of the Islamic community has some politicians dreaming of turning that nation into a Sharia-compliant country within just a couple of decades.  The following comes from Infowars…

These ghettos, which are in fact large areas of Brussels, are considered off-limits to Europeans and radical Muslims will likely comprise the majority of the population within 20 years.

“I think we have to sensitize people, make them understand the advantages to having Islamic people and Islamic laws, and then it will be completely natural to have Islamic laws and we will become an Islamic state,” a Muslim politician from Brussels, Redouane Ahrouch, said to a reporter in 2012. “In Belgium, of course!”

“I am for the Sharia. Islamic law, I am for it. It is a long-term struggle that will take decades or a century, but the movement has been launched.”

#4 Does 3/22 have special occult significance?

There are some people out there that are suggesting that it was no accident that these attacks happened on 3/22.  And without a doubt, we have seen other events of this nature fall on dates that have special significance for the occult.  I do not know exactly what to make of all of this, but we do know that 322 is extremely significant to the Skull and Bones Society at Yale University (of which George W. Bush and John Kerry are members)… 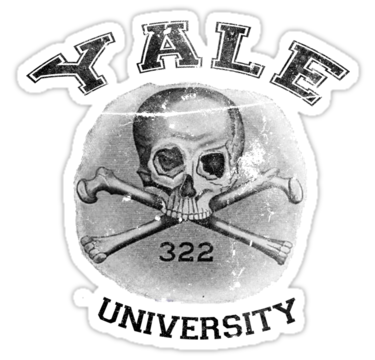 #5 Why did Barack Obama spend less than a minute talking about the terror attacks in Brussels during his speech down in Cuba?

You would think that something this historic would deserve more than 51 seconds, but this is precisely the kind of behavior that we have come to expect from Obama over the years.

#6 Is it odd that the mainstream media so quickly reported that ISIS took full responsibility for these attacks?

What we do know is that a “bulletin” supposedly from the Islamic State was posted on Tuesday which took full responsibility for the bombings.  The following comes from WND…

#7 Will the terror attacks in Brussels be used to justify a ground invasion of Syria?

These attacks have produced a tremendous amount of outrage in the western world, and already many prominent voices are calling for a U.S.-led invasion of Syria in order to finally put a permanent end to ISIS.

In fact, a former top adviser to Hillary Clinton started calling for a Syrian invasion within just hours of the attacks…

A former adviser to Hillary Clinton on Syria, Frederic C. Hof, now a Resident Senior Fellow at the Atlantic Council’s Rafik Hariri Center for the Middle East, has called for invading Syria in the wake of the deadly attacks in Brussels.

“For the better part of a year, one clear recommendation has been on the table: assemble an American-led, coalition-of-the-willing, professional ground component—one top-heavy in regional and European forces—to enter eastern Syria to close with and kill ISIS. Engaging the Syrian opposition at all levels, consistent with an executable civil-military stabilization plan, can produce an administrative structure for an ISIS-free eastern Syria. Killing ISIS in Syria can ease the migration crisis and hasten the demise of this murderous band in Iraq. And it can demonstrate to the credulously stupid that linking up with losers will be a one-way trip to self-destruction,” Hof writes.

Last month, I received quite a bit of criticism for suggesting that we could be on the verge of World War 3.  But the truth is that Saudi Arabia and Turkey remain absolutely committed to the removal of the Assad regime, and now these Brussels terror attacks have conveniently shifted sentiment in Europe and in the United States in favor of a ground operation in Syria.

The current ceasefire in Syria is on the verge of completely falling apart, and if an American-led coalition does invade, that could very easily spark a major regional war.  The Russians, the Iranians and Hezbollah are not just going to sit back and watch as the U.S., Saudi Arabia, Turkey and their allies march to Damascus and remove Assad.

I keep trying to warn people that 2016 is the year when everything changes, and I have a feeling that these terror attacks in Belgium are going to turn out to be exceedingly significant.

Our world is becoming more unstable with each passing day, and sometimes all it takes is a little shove to set us on a path that we never intended to go down.

I don’t have all the answers, but unlike the mainstream media, at least I am not afraid to ask the hard questions…

Below is an interview we did with Filmmaker/Author William Shanley who dared to file lawsuits on the Mainstream Media over the Sandy Hook False Flag. Listen to his story of what happened to him afterwards!

This site uses Akismet to reduce spam. Learn how your comment data is processed.