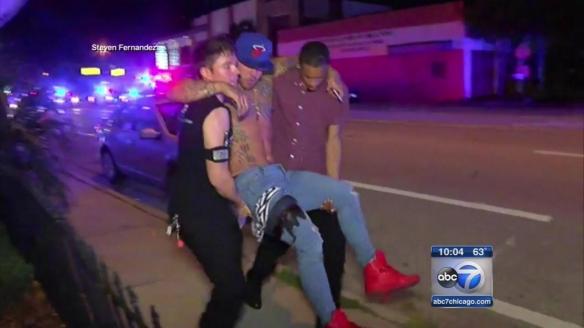 It has been reported by many witnesses who say they saw anywhere from two to five shooters. While everyone has been arguing about guns, other people have been noticing the typical anomalies for a false flag attack. Now remember, false flag does not mean fake! But this doesn’t mean the mainstream media narrative isn’t providing you with fakery and lies. Let’s not forget that the annual Bilderberg meeting just wrapped up. A meeting that is said to hold discussions on how the world is to be run in the next year.

Below I have compiled some interesting videos. Please watch them all before making any judgement.

The audio above clearly sounds like more than one gun going off.

Below a witness talks about there being more than one shooter.

Now this next one below is actually kind of funny in a sick sort of way. But you can’t tell me this is real, it’s terrible acting. To me it certainly seems that the media has hired actors to handle the interviews to push the gun agenda.

Oh and how about this guy…

And what about this lady being interviewed below? Really?

Luis Burbano, an actor as shown on IMDb.com, appeared on “The Kelly File,” hosted by Megyn Kelly on Fox News, to give his testimony for what happened during the shooting. The video was pulled from YouTube, so if any of you readers have a link, please let us know in the comments so we can post it.

In the video below, the man was cut off from live air…

And then there’s this…

Also, it would be great if someone could explain this next video. Why are they carrying this guy BACK to the night club?

Do I really need to argue any of this, this time around?

This article (Anomalies Begin To Pile Up In The Orlando Shooting Incident, You Be The Judge) is free and open source. You have permission to republish this article under a Creative Commons license with attribution to the author and AuthenticEnlightenment.com

This site uses Akismet to reduce spam. Learn how your comment data is processed.