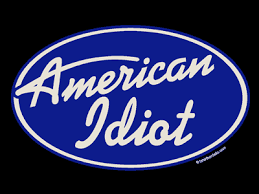 I am having a hard time accepting this, it depresses me and makes me uncomfortable but data is data, and I am afraid I am going to have to accept that about a third of the country are too stupid to handle the 21st century. Here is some more data: Fifty per cent of the people in the U.S. have an I.Q. of 100 or less, and about 15 per cent have an I.Q. lower than 85. That didn’t matter! much in the 13th century, but it matters a lot in the 21st.

A recent study by the Center for Public Religion has found that nearly 3 out of every 10 Americans believes that God decides the outcome of sporting events by favoring players who are virtuous and who God perceives as good.

‘We can’t just gloss over this,” said Dennis Traynor of Acronym TV. ‘A majority of U.S. citizens in 2013 think that the all-knowing creator of the universe is sitting in the heavens looking down upon the extreme poverty and misery that encompass the world that he created in six days and sees that half of his beautiful creatures live on less than $2.50 a day and 80 percent of humanity living on less than $10 a day and not only gives a shit what happens on Super Bowl Sunday, but will be rewarding one team over the other based on the purity and faithfulness of the football players’ religion on either team.”